The batting line-up  of the National League is the 2nd most powerful in the game.  Dale Murphy, Andre Dawson, Eric Davis, & Mike Schmidt form the most feared heart of any order in the game.  Tim Raines is a dynamic lead-off hitter as well, and Tony Gwynn can add some speed off the bench.

The pitching staff has one of the best.  Fernando Valenzuela has a wicked curve ball that hitters struggle to even get a piece of.  Steve Bedrosian is a great option out of the bullpen with a nasty side-arm release and good movement.  The rest of the pitching staff is fairly average but they are always difficult to beat.

Boston has the most powerful line-up in all of RBI Baseball.  Boston has 6 legit home run threats in the order, and Rich Gedman isn't too bad either.  Batters such as Tony Armas, Ellis Burks, Don Baylor, Jim Rice, Dwight Evans, and Dave Henderson give the Red Sox elite power from top to bottom  Boston only has 1 viable lefty in Wade Boggs.  Bill Buckner is also a lefty, but gets subbed out for more power.

Roger Clemens is good pitcher, but the rest of the staff is mediocre at best.  The Red Sox offense typically is what wins the game for them.

The Tigers have a great line-up.  Its a nice mix of right and left handed bats that makes them very tough to pitch to.  The majority of Detroit's power comes from the left side.  Kirk Gibson is fairly powerful, but most of all fast and Darrell Evans is an absolute masher batting clean up.  Detroits has a plethora of powerful lefty bats to bring in off the bench late in the game when a longball is needed.

Much like Detroit, the line-up has a nice mix of lefty and righty batters.  Wally Joyner, Reggie Jackson, and Ruppert Jones team up to form the best left handed power trio in the game.  The Angels have pretty solid power from the right side as well.

The California pitching staff is serviceable.  Mike Witt is the Ace of the staff, and Doug Corbett is a pretty solid right handed reliever. 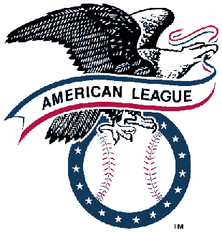 American League typically gets over-rated by many.  A.L. has a group of HUGE bats early in the line-up.  McGwire, Bell, and Canseco are an amazing trio of power hitters.  The problem begins after Cal Ripken comes to the plate, as the bottom part of the line-up is  one of the weakest in R.B.I. Baseball.  Its hard to score runs with the A.L.'s bottom 4.

The American league has the 2nd best pitching staff.  Jimmy Key is a dominant lefty, and Brett Saberhagen brings the side arm pitching delivery that's hard to hit.  The bullpen is not amazing, but very solid. 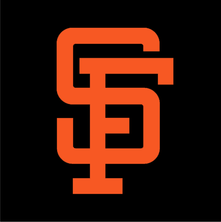 The backbone of the Giants team is the pitching staff.  Mike Krukow, and Rick Rueschel are a dynamic duo with ridiculous movement in each direction.  Both starters can go deep into the game without allowing many runs.

The Giants bats are under the radar most of the time.  They fail to have an elite slugger in the order, but the amount of consistency found in terms of decent power up and down the line-up makes them somewhat dangerous.   Overall, the Giants are a very balanced team. 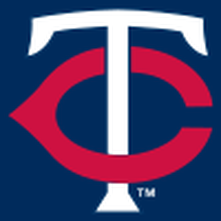 Minnesota is a fairly under-valued squad.  The Twins are sneaky good.  The have 4 powerful bats spreadout through the line-up with Gary Gaetti, Kent Hrbek, Tom Brunansky, and Tim Laudner.

Minnesota has a fairly adequate pitching staff.  Viola is a solid lefty, and Blyleveln has great endurance to go deep into the game.  Jeff Reardon is one of the better right handed relievers in RBI Baseball. 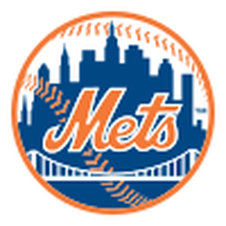 The Mets easily have the best pitching staff in RBI Baseball.  These guys can deal!  Dwight Gooden is typically the center of discussion for most, but Bob Ojeda has a nasty arsenal of pitches.  Jesse Orosco not only is a side-arm pitcher, but a lefty as well.  He's a monster against right handed bats.

Offensively the Mets need to manufacture runs.  Dykstra and Wilson are the speed at top.  New York's nucleus of power is pretty small with Keith Hernandez, Gary Carter, and Daryl Strawberry as the only home run threats. 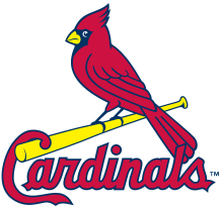 Cardinals starter John Tudor may be the best pitcher in the game.  This lefty has nasty movement, and can shut down any line-up.

The Cards outside of Jack Clark have very little power, but they possess great speed at the top of the line-up.  Vince Coleman, Ozzie Smith, and Willie McGee are all threats turn singles to doubles and steal bases.  St. Louis can be a rather pesky team when the speedy hitters are slapping singles the other way and putting together a run here and there over the course of the game.

Houston is decidedly the worst team in RBI baseball.  The Astros have a couple stand out pitchers in Nolan Ryan and Charlie Kerfeld, but very little in terms of batting prowess.  By comparison, Glen Davis is their most potent batter, but he would merely rank 7th with Boston's line-up in terms of power.

The Astros do possess a decent amount of team speed.  Its about on par with the Cardinals, so you must use that to your advantage.

To check out the Tecmo Bowl teams page, click on the image below 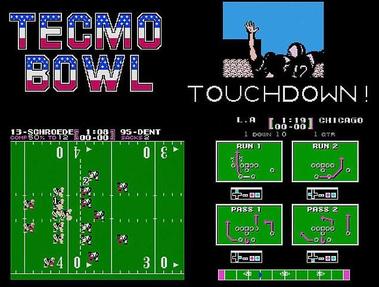 The many scenes of Tecmo Bowl